Different Ways to Remove Rust from Your Driveway Gates

Smooth the Metal Surface: When you decide to remove rust from your driveway gates, it is important to make the metal gate surface smooth. After rusting the gates, use a rag to wipe the rust dust away. Now the entire metal gate surface needs to be smooth using 80-grit sandpaper.

Scour the Rust: You can even use a wire brush to scour the rusted metal surface. Keep scouring till the corrosion is removed completely. Now the bits of rust can be wiped away using a rag.

Strip the Rust: Alternately, the rust can be stripped from the metal gate surface using a hand-held grinder with a wire wheel. The grinder can be turned on to strip the rust from the surface of the iron gate.

Apply Rust Remover: You will find several types of rust removers available in the market. The product also allows users to remove rust from metal gates without putting any extra time and effort. You can simply use a foam brush to apply the rust remover onto the iron gates. However, it is always important to read the manufacturer’s instructions to understand the proper way to apply the remover. After applying the rust remover, you must allow it to sit for about 30 minutes on the rusted metal surface. Finally, you have to use soapy water or any neutralized provided by the manufacturer to remove the rust and rust remover from your driveway gates.

It is always a good idea to evaluate different ways to remove rust. The comparison will help you in choosing the best option to make the gates rust-free. You can further make the wrought iron driveway gates sturdier by following the instructions share by the manufacturer. The timely maintenance will further reduce the chances of rust affecting the look, feel and performance of your driveway gates. 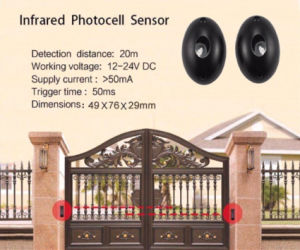 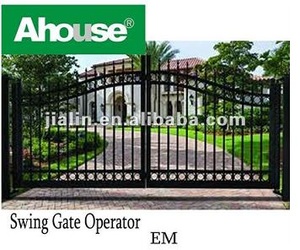